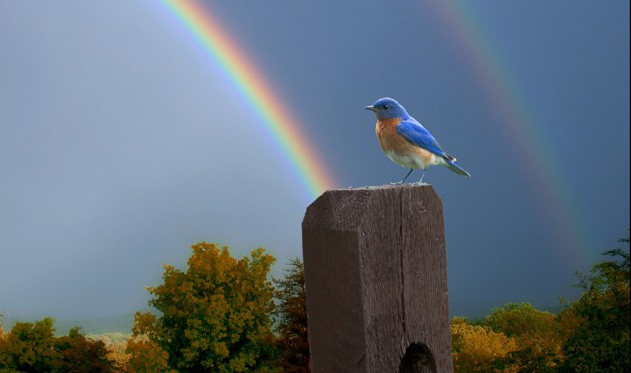 The one who lives righteously and speaks rightly, who refuses gain from extortion, whose hand never takes a bribe, who stops his ears from listening to murderous plots and shuts his eyes to avoid endorsing evil– he will dwell on the heights; his refuge will be the rocky fortresses, his food provided, his water assured.  Your eyes will see the King in His beauty; you will see a vast land.   Isaiah 33:15-17

” The trouble with you Neil is your too honest for your own good!”

Honestly, this was said to my husband by an influential chairwoman of the North York Board of Education.  It was said to him because he refused to bend the rules for her.  This was of course, said privately during a closed door meeting to try to coerce him to doing things her way!

Neil always had the children and teacher’s best interests at heart, and would never have jeopardized that responsibility for anything or anyone no matter what the cost.  And of course, cost him it did!

Thwarting this woman’s power struggle cost him many times in his teaching and administrative career in education.  He was not able to accommodate the needs of the children and the teachers as he knew was possible.  Often he took a lone stand, but his integrity was always in tact.

I honestly could not believe how often Neil was bombarded, or struck down, by people trying to climb the world’s ladder of success.  Work was heaped upon his already sagging shoulders.  Well earned promotions were delayed or passed him by entirely.  Health problems began to rear their ugly heads from the stress.  God was always merciful though, and carried him through these difficult times blessing him in so many tangible ways.

The men, women, and children he helped along the way with their careers or schooling loved and respected him.  Even when they would unexpectedly meet him years later, they would tell him how he had helped them through a very difficult time, or with a serious decision they had to make in their lives.  They were so grateful to him for they knew he cared about their lives.

Neil was always surprised by this as he had not realized the impact he had on them at the time.  But God knew, and these encounters always gave Neil encouragement to continue on God’s chosen path for his life.

The children grew up encouraged by this mans honesty, and they knew from his actions they could trust him for their well being.  They were not afraid to show him their love with big hugs and happy smiles.  Teenagers wanted to be around him, eager to talk on any topic, savoring his advice.  They went on in their schooling or into the work force armed with the ‘sword of truth’, even though they may not have known its Biblical roots.

When he was laid up by heart attacks, he was showered with love and best wishes from his peers, friends, teachers, parents, children, and of course by his loving family, and concerned relatives.

God brought Neil through these difficult times as he learned to depend more and more on the teachings of Christ that his mother had taught to him as a child.

Our family also grew closer to God as we stood by stunned and helpless, trying to comprehend what our lives would be like without a husband and a father.

And, that is when honesty is honestly… the best policy!    Syb Brodie

Go to Poetry and enjoy a poem by Gordon & Gladis DePree on Learning.