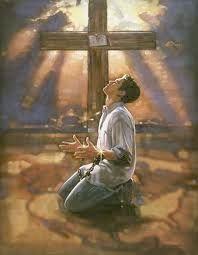 Every one of us has a day coming. When God created man he put within him an eternal soul. (Genesis 2:7) The Bible says, “He who wins souls (not bodies) is wise.” (Prov. 11:30) That soul part of you is the real part of you that will take on a new celestial body and live on for eternity in one of two places – heaven or hell. What we do now impacts our eternity in a variety of ways. This is beautifully illustrated in the story of Nicholas Winton.
Nicholas Winton was a British banker and humanitarian who helped rescue children who were at risk of being murdered by Adolf Hitler in Nazi Germany. On an earlier visit to Czechoslovakia, he helped to compile a list of children needing rescue. Returning then to Britain he began to work to fulfill the legal requirements of bringing these children to Britain and finding them homes and sponsors. This operation became known as the Czech Kindertransport – German for “children’s transport.” Winton assisted in the rescue of 669 children – most of them Jewish – on the eve of World War II.
His humanitarian accomplishments went largely unnoticed by the world for nearly 50 years until in 1988 he was invited to the BBC television program “That’s Life!”
In an emotional scene the moderator asked Winton to look to the lady sitting on his left. As he turned and glanced the moderator introduced her by name as one of the children he had rescued. For a moment he appeared totally stunned. The lady then leaned toward the aging Winton and kissed him on the forehead. Eyes teared up all over the audience. Winton was then asked to turn around. To his utter amazement were dozens of the children, now mature adults, he had rescued 50 years earlier.
In 2003, Winton was knighted by Queen Elizabeth II for “services to humanity, in saving Jewish children from Nazi Germany occupied Czechoslovakia.” He was dubbed by the press as the “British Schindler.” Winton died in his sleep in 2015, at the age of 106.
The Word of God explicitly tells us that “there is a day coming when great multitudes will gather in heaven from every tribe, tongue, and nation. They will sound like “the roaring of rushing waters and loud peals of thunder, shouting: “Hallelujah! For our Lord God Almighty reigns. Let us rejoice and give him glory! For the wedding of the Lamb has come, and his bride has been made herself ready.
(Rev. 19:6-7)
On that day coming, totally unknown to you and me, will be people whose lives were eternally impacted by our prayers, our giving, our going, and simple acts of kindness. And just like the people in Winton’s story, the Bible says they will “…rise up to call you blessed.” (Malachi 3:12).
Think of it!! What we do now matters!
The fact is, much of what we do is accumulating as part of the “deferred blessings” and “delayed pleasures” that await every faithful follower of Jesus who have rolled up their sleeves and made their salt and light influence count as part of the rescuing mission of Jesus. (John 3:16-17)
Be blessed my friend.
Glen Pitts
The Barnabas Group / Loads of Love
Matthew 9:35-10:20; John 6:27; I Cor. 3:10-15