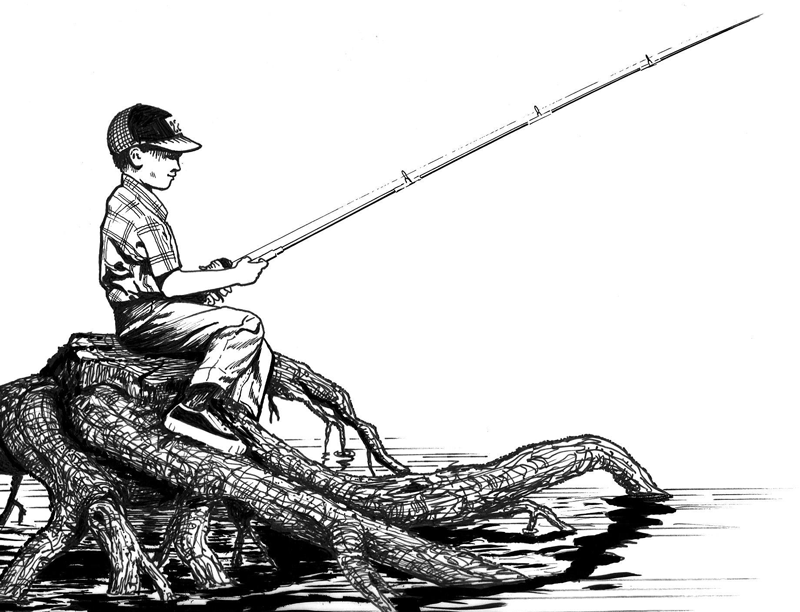 Sunday mornings at our church along with most churches, is a bustle of excitement and laughter.  Children from babies to teens are everywhere, and their enthusiasm infects the rest of the congregation  This helps to keep us from falling into a ‘same old, same old’ boring Christ-less church existence, as the lifeblood of any church is its children.

I have been blessed with twelve grandchildren, each one uniquely talented and gifted by God in different and wonderful ways.  Here is a story about one of them that happened a few years ago.

I was in Los Angeles in February of 2004, looking after three grandchildren, Sara seventeen at the time, Amanda twelve, and Kyle nine.  I was really enjoying the time with them, and the opportunity God had afforded me to get away from the cold of Canada and partake of nine days of spring weather.

My youngest son Garth is what you would call an ‘ideas man’.  His brain always seems to be somewhere out in left field while the rest of us are stuck trying to figure out where exactly that may be?  He occasionally comes back to earth to gather up the players in order to put his ideas into play.

Garth has always had a wonderful sense of humor, and when he was a child most of the time he had me in hysterics.  I was told by others that I should have disciplined him with a good kick in the pants, but I knew God was getting as much enjoyment out of Garth as I was… after all, He made him that way!

However, this story is not about Garth but about his son Kyle whom I would describe as a ‘chip off the old block’.  He has inherited his father’s gift of ideas along with his wonderful sense of humor.  And so my story begins….

I was driving Sara to choir practice and Kyle was in the back seat.  What happened next left Sara and I holding our aching stomachs while I tried to steer the car with tears streaming down my face from gales of laughter.

Here I was, experiencing a whimsical, loving look back at yesteryear.  Dijon Vu – Same old mustard as before!

Kyle began by telling us that his father had informed him they could all get summer jobs when his dad got his Green Card.  He said by then Sara would be nineteen, Amanda fourteen, and he would be the ripe old age of eleven!

He elaborated that for his part, he thought he could get a summer job working in computers.  I quickly mentioned that his Uncle Tim had his son’s Jason and Joshua doing some tasks for him on the computer, so maybe he could do some for his dad.

Kyle immediately dismissed this small thinking, and extrapolated that he was thinking of being a computer programmer.  He would create programs for customers and charge them the fantastic sum of twenty-five cents a program!  “Or even better yet” he went on, “I could be a computer salesman as I could make a lot more money selling computers”.

About this time Sara and I started to laugh, and I blurted out “Nothing like starting at the top Kyle”!

Well, he never let my negative sarcasm deter him in the least, and about this time he saw he had us on a roll, and began to reel us in.

“Or maybe I could be a Taxi driver, and I would say to the customer… ‘Come with me and take a ride on death row!’  I would stand behind the counter to get the money, and the customer would wonder where I was and I would say… ‘Hey, I’m down here’!

Through blurred vision and sore midriff I managed to get the car to the church and drop Sara off for her practice.  On the return trip home, Kyle said to me, “What job did you like best Gramma, and which one do you think I should do?”

“My dear grandson”, I replied, “You could do all of them with ease, but I really think you should consider another job… that of Comedian”!       Syb Brodie – 2004