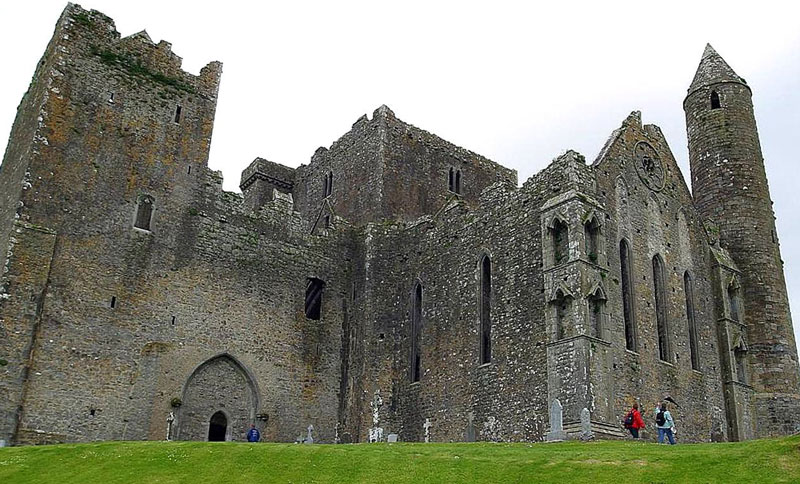 From Mere Christianity
Compiled in A Year with C.S. Lewis

I find I must borrow yet another parable from George MacDonald.
Imagine yourself as a living house.
God comes in to rebuild that house.
At first, perhaps, you can understand what He is doing. He is getting the drains right and stopping the leaks in the roof and so on you knew that those jobs needed doing and so you are not surprised.
But presently he starts knocking the house about in a way that hurts abominably and does not seem to make sense.
What on earth is He up to?
The explanation is that He is building quite a different house from the one you thought of—throwing out a new wing here, putting on an extra floor there, running up towers, making courtyards. You thought you were going to be made into a decent little cottage: but –
He is building a palace. He intends to come and live in it Himself.
The command Be ye perfect is not idealistic gas. Nor is it a command to do the impossible. He is going to make us into creatures that can obey that command.
He said (in the Bible) that we were ‘gods’ and He is going to make good His words. If we let Him—for we can prevent Him, if we choose—
He will make the feeblest and filthiest of us into a god or goddess, a dazzling, radiant, immortal creature, pulsating all through with such energy and joy and wisdom and love as we cannot now imagine, a bright stainless mirror which reflects back to God perfectly (though, of course, on a smaller scale) His own boundless power and delight and goodness.
The process will be long and in parts very painful, but that is what we are in for. Nothing less. He meant what He said. – C.S. Lewis

3 thoughts on “From Mere Christianity by C.S. Lewis”