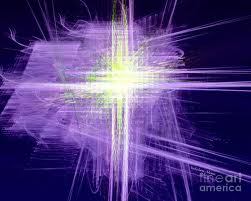 JOANNA
March 18, 1936 – August 18, 2022
For I am convinced that neither death nor life, neither angels nor demons, neither the present nor the future, nor any powers, neither height nor depth, nor anything else in all creation, will be able to separate us from the love of God that is in Christ Jesus our Lord.
Romans 8:38-39

I don’t do as well with numbers as I do with words, but the death of my sister Joanna has brought numbers first and foremost into my mind.  As you can see, Joanna was 86 when she passed into glory and into the arms of Jesus.  But that is just one set of numbers that I considered, as the ones that really left me in amazement were these…
I was married on August 18, 1956 and Joanna was my Maid of Honour. She died on August 18, 2022 which would have been Neil and my 66th wedding anniversary!  How awesome is God’s providence (divine guidance or care) and perfect timing.
He tells us He not only knows the number of our days, but He knows the number of hairs on our heads!  He also says He will never leave or forsake His children.  True to His word, He never left Joanna to suffer alone, and He never left the rest of us to mourn her passing alone.  Jesus has been right beside us carrying not only her through this right of passage, but has been encouraging and comforting us all.
Mom and dad always called her Joan and of course we siblings followed suit.  It wasn’t until many years into her adult life that her birth certificate listed her name as Joanna.  From then on she insisted in being called by that name.  After awhile we all fell into the rhythm of it and Joan became a thing of the past, and Joanna became the present.
Growing up she and I were not very close, perhaps because of the three years age difference, along with the very different circumstances and life experiences that we encountered along our chosen paths.  It wasn’t until she became ‘born again’ that we really began to click and understand who we were, and what we meant to each other as sisters.  It was a bond that was bound in our love for Jesus that opened our eyes to each others attributes and gifts.
Joanna found much peace in the last two years as she let go of the things of this world.  As she wrestled with dementia and blackouts, her anger was mercifully replaced with a sweet disposition, and total reliance on God and Raymond to look after her needs.
It was not easy for her as the frustration at not being able to get the words out that were on the tip of her tongue, brought her much anguish. How often have we felt that same frustration when we can’t bring forward the right word that is sloshing around in the back of our minds. Living with it day after day, not able to express oneself would fill anyone with anxiety and frustration.  In spite of those frustrations, the majority of time she was a sweet and happy person.
Sometimes she would surprise us all as she would say whole sentences. This happened the day the nurses were trying to get her into a wheelchair ready to send her to Thunder Bay for her last MRI.  She had not been able to talk for some time and as Raymond arrived and walked into the room, she looked straight at him and said – “There he is!”  This was a special blessing for him as she lapsed into a coma shortly afterwards and never said anything more for the three days she lay in the hospital dying.
The last time I talked with her by phone, she could only say one or two unconnected words while I tried to fill in the conversation.  She finally handed the phone to Ray to talk to me as she managed . . . “can’t”.
Ray has been so faithful these last two years and especially these last months since December, going every day into the Terrace Bay hospital (except for one time during a Covid outbreak) to see and help her in whatever way he could.  It has been an emotional time for him and for all of us and we were so thankful for all your prayers that went up on our behalf.
Joanna, you were a beautiful Maid of Honour sixty-six years ago. Thankfully it was not a beauty contest as I would have lost!  But I won big that day with you there beside me, and the husband God gave to me for fifty-four years!
Today you are even more beautiful as God’s child running free, away from these earthly shackles, able to express yourself with words that come easily and correctly to your mind and out of your mouth.
Our ages may be considered old here on earth, but think about it, old or young, we are all really just babe’s in eternity’s time!
See you soon my dear sister.
Love and miss you,
Syb. 