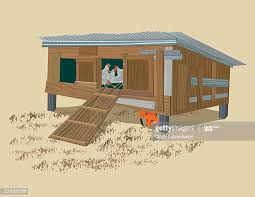 Humble yourselves, therefore, under the mighty hand of God so that at the proper time He may exalt you. 1 Peter 5:6

Once upon a time in a land not so far away, there was a young girl who lived for one year with her family of six in a chicken coop. Yep, that’s right, a Chicken Coop!
Although like most chicken coops all rooms were in a row, it had a slight make over, so was no ordinary chicken coop. Three of the rooms had sawdust insulation behind the boards covering the inside walls. Except one of the rooms only had studs, no insulation, and no inside walls.
The one and only door into the ‘once upon a time’ chicken coop, led into the small kitchen with a wood cook stove, table and chairs and one cupboard/counter at the opposite end of the door, with open shelves underneath. I cannot remember a fridge nor a sink or taps, so we probably got water from a well with a pail and had what was then known as a slop pail for the dirty water.

The privy or toilet/bathroom was outside in its own little slant roof wooden structure, well known to us all as the “Outhouse”, along with the Eaton’s department store catalogue in some for toilet paper. Fortunately, my mother loved Eaton’s catalogue for shopping purposes only.  Outhouses were very popular by young boys at Halloween. For some reason pushing them over brought them much laughter and glee. I know one of my husbands brothers used to brag about doing this at Halloween. The reason he stopped was not because he grew out of it, but because the last time he pushed one over he lost his footing and fell into the hole! He took one long fast dash to the nearby river and jumped into the freezing cold water. It’s a wonder he didn’t die of pneumonia or disease, but some people have to learn lessons the hard way, and it was a miracle this particular young man survived at all to old age. However, back to my story –

Above the one kitchen counter was a full length window with separate little panes (single glaze of course) which opened in one big swoop outward and had to be held up with a wooden stick.  Of course a screen was non existent in this abode, so along with the welcome breeze came an assortment of insects. Spiders were well fed on hot summer days. This was the only window in the place that I remember and had its use at one time by letting the chickens in and out of the coop.

To the left of the culinary room (kitchen) was the small Master Bedroom (no closet) which was for the master and mistress ie. mom and dad. To keep them company lest they get lonesome, slept my youngest sister who was only around two at the time.

To the right of the kitchen was the same size (all rooms were square and the same size) living room with a couch and chair. I think another small wood stove, but my memory is a little fuzzy on the exact furnishings and for some reason over the passing years, I have never brought up the subject of this fine establishment with either parents.  Come to think of it, they never talked about it either.

At the end of the living room, to the right, was where my two sisters and myself had our bedroom. That one winter in this bedroom will be forever etched into my memory. It was the only room in the ‘Coop’ with no insulation and no inside walls. This was the one and only winter I ever witnessed frost lining the inside studs along with the inside of the outside walls. I vividly remember trying to stay warm under piles of blankets along with two or three layers of clothes and a hand knit winter hat on my head.
Getting up in the morning was a fast dash to the stove where we three girls dressed for school in a very hasty fashion. Believe it or not, occasionally there was ice in the chamber pot under the bed. Looking back I now consider it a blessing there was no window in the room. Except for the summer when the bedroom was like a sauna before I even knew what sauna meant. Talk about getting a good education!

Now you might be asking “How in the world did they come to be living for a year in a chicken coop?” Well let me tell you that story…
My dad had been working for many years in different Gold mines in Ontario and Labrador.  At this moment in time he was working in a gold mine up north in Red Lake.  Both he and my mom were looking for a change of my dad’s profession as mining was hard, dangerous work, and they missed their families which lived in southern Ontario.
My Uncle (dad’s brother) had written him a letter stating that he had a job waiting for him in Falkenburg just outside of Bracebridge on land their family owned.
He wanted my dad to run the family sawmill cutting down the trees, hauling them out of the bush and cutting them into lumber. My uncle lived in Niagara Falls New York and had a business in Model City N.Y. making pallets for companies shipping heavy machinery.  Dad would supply the lumber for these pallets and take it by truck to Model City. It seemed like the perfect solution for them at the time, and in the long run it turn out to be a blessing for both of them. Certainly it did for me as that is where I met my husband Neil.

What really made my dad and mom decide to make this move, was the fact that my uncle wrote to them with a glowing report saying-
“I have a four room home on the property you can move into right away and pay no rent!”
To this day I can remember my mother’s face upon looking at our new abode and exclaiming to my dad – “Bob, it’s a Chicken Coop”!

Funny how time softens memories – for me that is. When I look back on that year we spent in the chicken coop, what jumps to the forefront of my mind is all the ‘fun times’ not the ‘hard times’.
I fondly remember the white mare Queenie that I used to ride. It took all I could do at my young age to straddle her wide girth. Of course it was bareback and no saddle. I remember how I, not she, was spooked by a garter snake someone had hung on a fence post. I screamed when I came upon it, while she just walked lazily by enjoying the day.
Queenie was the hardest worker of the team who pulled the logs out of the bush for the mill. Her mate Charlie, a huge handsome looking stud of a horse, let poor Queenie pull most of the load of logs. That was before poor Charlie reared up on his hind legs and fell over dead from a heart attack. I guess poor old Charlie was not the strong stud on the inside that he looked on the outside!

I remember playing ‘Princess’ with my next door neighbor Betty who was very pretty and had lovely long blond hair. She of course, was always the Princess.  Using our imaginations to play house in the forest area made wonderful pretend homes and castles.

The sun filled childhood days of running through the fields of grass, going down to the sawmill to see rough logs turned into fine lumber, and staring up at the stars at night, with a half laughing moon shining down. Hearing the Bluebirds sing and watch them in their nests in the fence posts, the hooting owls at night.  All the carefree time of a childhood blessed with all that God had created just for my enjoyment. Before I even knew Him personally, is when I first began to worship Him!
Thank You Lord for that year spent living in a Chicken Coop. 