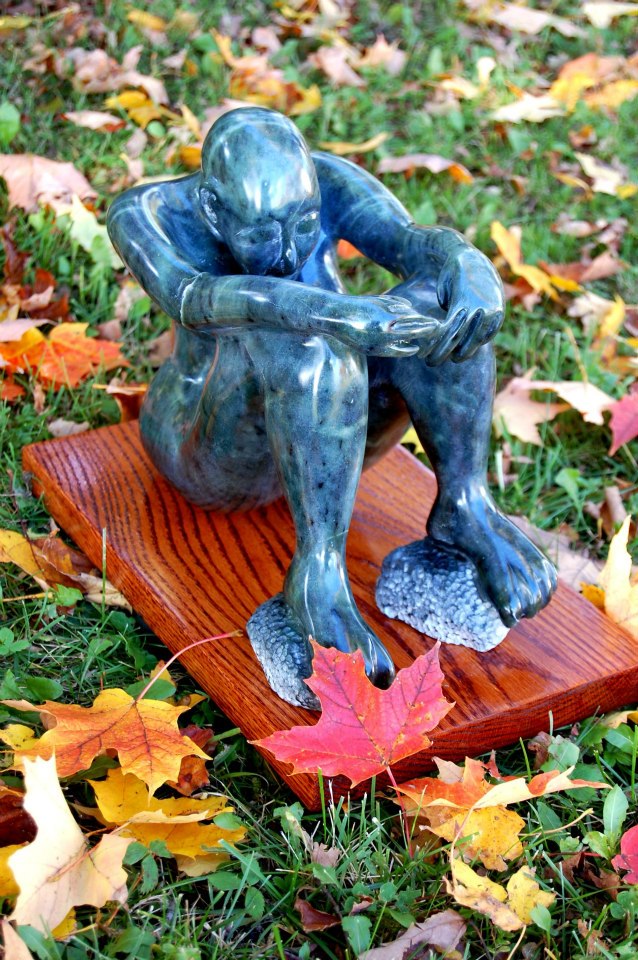 Create in me a clean heart, O God,
And renew a stedfast spirit within me. Psalm 51:10

Stedfast – fixed in direction; firm in purpose, resolution, faith; firmly established; unwavering.
Having lost my husband four and a half years ago, I would say that grief over his passing held me stedfast for a good period of time. Losing my daughter four years later however, brought a whole new meaning to me with the word stedfast.
Watching her suffer for two years, as much from the treatments as from the cancer that eventually took her life last February, my grief returned with a stedfastness I found unwavering in its ferocity.
God has always been my comforter, and He sent me a dear friend who encouraged me to take a thirteen week course called GriefShare. My friend had lost her son to suicide two years previously and was taking this course the second time around. This encouraged me to attend as I had seen a positive change in her from the previous year. Knowing someone personally that was attending was also an incentive to my stepping out of my comfort zone.
By the time I began the course in April, I figured I was on the road to coping fairly well, and I would just attend the first night and see how it all went. Well, I was still there when the course ended the first week in July. It brought me a better understanding to have others sharing their stories of grief. I learned how everyone handles grief in different ways at different time lines. The old adage that “misery loves company” is really not true, but belief in a loving God using others to help ease pain, certainly is for me.
Recuperating from my hip operation one month before Karen’s passing, brought me a forced time to rest and read. I re-read a novel from a few years back about an angel called… you guessed it … STEDFAST.
I know that Karen is not an angel and that God created them as completely different beings. I also know Angels play a large role in the spiritual, as well as the material, world.
I found Roger Elwood’s writing of Stedfast to be correct in what the Bible relates about angels and the dying process. I have quoted some of his book here in the hope it will bring a measure of understanding and hope to others suffering from grief, or those wondering what happens after one dies.

He begins….
“There is something else about grief. It confuses matters. It screams out the word “tragedy” and applies this to the deceased when it is better used to describe the survivors. Grief is the realization that those left behind are now going to have to get used to living life without someone very important still around, someone who has meant a great deal to them.
That really is the essence of grief. As such, grief is a bit dishonest, a kind of charade, if the dead person is a Christian and as soon as death has claimed him or her, their soul is ushered by my kind into eternity. Grief wails and moans about the tragedy of someone so young dying, while so much of their life remained unlived.
Why is it a tragedy for them if they live again, instead, by the Father’s side, in the company of angels, and walk streets of gold?
If they have died… through a long illness, an illness that caused continual pain, that took life from them with slow agony, and then… they are transformed into a body very much like an angel’s, and now have entered Heaven where such will never afflict them again– where is the tragedy?
Here however, is the true tragedy, the tragedy that transcends all others…. If the victim is not a Christian, if they have rejected Christ as Savior and Lord, and death whisks them away instead to damnation, their opportunity for salvation gone forever — this is the tragedy! …. for those left on this planet who find such souls torn forever from their presence, this is where talk of true tragedy is right on the mark. For the only way there can be a reunion with loved ones is if they, too, are damned. Yet, in one of the ghastly ironies that have followed the sin of Adam and Eve, it is a truth, a pathetic but unchangeable truth, that in the punishment of Hell, love dies, has no place — love goes up in smoke, you might say.”

Like the rest of us, Karen was not a perfect human who never sinned. She accepted Jesus as her Savior years ago and her declaration of faith assured me I will see her again one day, along with other loved ones who believed and have gone on before me.
Why do I believe this while so many in the world do not? Because I am stedfast daily in the reading and study of God’s Word. I communicate with Him throughout my day in prayer, and He is stedfast in His unending love and care for my well being. I know my grief will never fully go away but as I keep my focus on Him the pain lessens. I also know I will never fully get over losing my child while I am to remain on this earth without her, but I am stedfast in my belief that Jesus has done what is best for Karen. That He is doing what is best for me. He is stedfast and true. His word tells me He is not going to change like ‘shifting shadows’ nor that I am ‘grasping after the wind’. He will never leave this aging vessel to flounder in my grief alone, as long as I remain stedfast in Him.
I found these words from Wallace Henley’s book –“Your first step in Heaven” heartwarming, and picture perfect in my mind’s eye of Karen’s first steps into Heaven. This is what I too have to look forward to when it is my time to depart this earth.

He begins….
“Henry Van Dyke (1852-1933) perhaps captured the meaning of ‘parerchomai’ (pass or pass on) and the description of the dying process more accurately and beautifully than any modern writer, when he put it like this:
I am standing upon the seashore. A ship at my side spreads her white sails to the morning breeze and starts for the blue ocean. She is an object of beauty and strength. I stand and watch her until at length she hangs like a spec of white cloud just where the sea and sky come to mingle with each other.
Then someone at my side says: ‘There, she is gone!’
‘Gone Where?’
Gone from my sight. That is all. She is just as large in mast and hull and spar as she was when she left my side and she is just as able to bear her load of living freight to her destined port.
Her diminished size is in me, not in her. And just at the moment when someone at my side says: ‘There, she is gone!’ there are other eyes watching her coming, and other voices ready to take up the glad shout: ‘Here she comes!’
And that is dying.” 