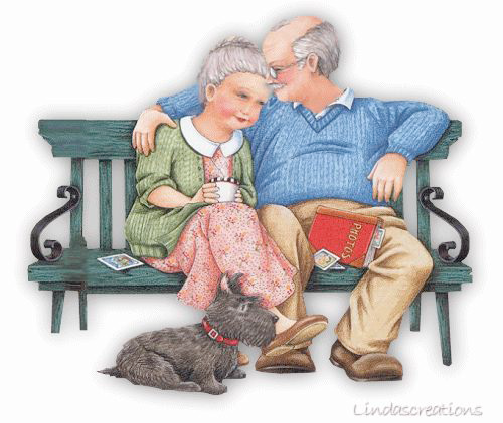 Marriage: ‘Till Death Do Us Part’

The Bible talks about marriage being a commitment between a man and a woman to unite their lives together in a union of love to the point that they become one in body, mind, and spirit.  Matthew 19:5-6

One day my granddaughter said to me “Grandma, how have you and grandpa stayed together in a relationship with just one person for all these years?  Didn’t you get bored with one another?”

I was surprised by the question, and could only mutter something about making a vow to love one another.  But since then, that question has been niggling at the back of my mind and I’ve thought deeply about the why, and also an answer was needed about the how?  Many young people today have no idea on the how, and saddest of all, their attitude with the why is one of… ‘Why should I bother?’

I would love to be able to say that in my own marriage I knew the answers from the start and that is why my marriage made it past the fifty year mark.  However, I made so many mistakes, and there were times over the years that I did feel like flying away to start my life all over again with another Prince Charming.  So why did I stay, and why did my husband stay with me, as I am sure there were times he felt the same difficult stresses and strains as anyone does in a relationship.

When I was a child, I loved to read fairy tales like Cinderella and Snow White.  The Prince would come along and fall in love with the scullery maid (me) and marry her and make her his Princess.  The part I liked best though was at the ending where they always ‘Lived Happily Ever After’!  Well, fairy tales and marriage are as far from that reality as Neil was from a Prince and I was from a Princess.

Nowadays, the names Prince and Princess have gone to the dogs!  And besides, as far as I know Princesses don’t make applesauce on their honeymoon, so I knew for sure I wasn’t one, and that royalty was never, and would never, be in my background.

The Bible says in Genesis 2: 24-25 that God not only created marriage between one man and one woman, but encourages it and commands unity in it as a lifelong relationship.  Unity means… something whole, complete, peaceful coexistence, functioning together in harmony.  While God does not condone anyone living in an abusive and dangerous relationship, a marriage vow in Scripture is a binding obligation to love, honour, and cherish one another for as long as God ordains you both shall live.

Perhaps this is the main reason young adults of today do not understand longevity with one person.  Some have never heard or read the Bible; some don’t believe it if they have read or heard it.  With many churches today telling their congregations that some parts of the Bible are myths and some parts are truths, they brand the whole book as one not to be trusted.  Why would one read or seek out something that is part lies?

I guess therein lies the first reason Neil and I were able to make our marriage work.  We both believed in the inerrancy of the Bible, that none of it was myth, but all was truth from Genesis to Revelation.  We believed the vows we made on our wedding day came from God and that it was He who brought us together… ‘For better or for worse; for richer for poorer; in sickness and in health; until death did us part’.  Many couples today write their own marriage vows, and would never dream of including the words ‘For better or for worse’, but we never considered leaving them out.

I learned from the beginning of my marriage that life with an enterprising husband would never ever be boring!  So the answer to that question was easily answered, as the granddaughter asking the question was very close to her grandfather, and would totally agree with me on that point.

Made applesauce on your honeymoon you say?

While out for a drive in the countryside on our honeymoon, we came upon this large wild apple tree out in a field that was loaded with great big apples.  So of course Neil stopped the car and we began to pick and eat them.  There were so many of them that before long we had mounds piled in the trunk of the car before we realized we didn’t have a pot big enough in which to cook them, let alone jars to put them into.  So… my enterprising husband came up with the obvious solution; take a day trip back to his mother’s house.

Under her expertise and instruction, I learned that day how to make applesauce!  Thus began my many years of preserving every imaginable fruit and vegetable that existed in my part of the world.

When I look back and remember those times it is with satisfaction of a job well done, not to mention the food we enjoyed over the years from those learned skills at such an early time in my marriage.  It helped to prepare me in the care and feeding of my family of four children.

I also learned over the years that success in marriage is not finding the right person, but becoming the right person .  With my many shortcomings, this became quite a challenge for me.  One thing I learned as a certainty was that… ‘Jesus is the only third party in a marriage that can make it work’!

Nancy Anderson wrote on how to keep a marriage together in her book “Avoiding The Greener Grass Syndrome”.    That title says so much about marriage in such a few words!  In it she tells how to build hedges around your marriage, and I have listed them here in hopes it will be of some help to you as well as others.

E- Encourage       Build up your spouse by focusing on positive qualities.

So my dear granddaughter, I hope this advice is helpful at answering your question on why grandpa and I were able to stay together all these years without being bored stiff at living with the same mate.  I pray that someday you will find a Prince Charming like your grandfather, just as I did.  That you will be loved, cherished and cared for by him… for as long as you both shall live.     

Love suffers long and is kind; love does not envy;

love does not parade itself, is not puffed up; does not behave rudely, does not seek its own,

is not provoked, thinks no evil;  does not rejoice in iniquity, but rejoices in the truth;

Be ye therefore perfect, even as your Father which is in heaven is perfect.
Matthew 5:48